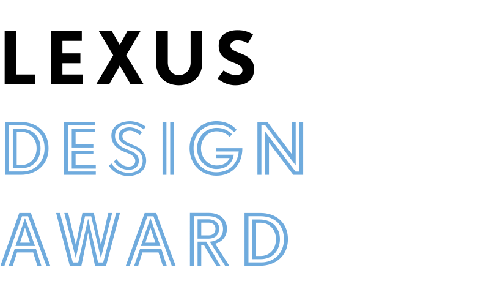 The theme for the LEXUS DESIGN AWARD 2012 is ‘Motion‘. Our daily lives are continuously filled with motion. The motion of things, the motion of people.

Moving people’s hearts. Shifting consciousness. Moving information, society and time.
Leaving lingering effects. Triggering chain reactions. It’s a theme that Lexus will keep working on. How to define ‘Motion’ is up to you. We’re looking for ‘DESIGN’ that responds to various issues in daily life in relation to ‘Motion’ and provides solutions.

The application period of the first LEXUS DESIGN AWARD is from October 30 (Tuesday), 2012 to December 31 (Monday), 2012.
Ten entries will receive awards. The creators of two entries selected among the ten award winners will produce prototypes over a period of about two months. The two prototypes, and panel displays for the other eight-awarded designs, will be exhibited in the Lexus space in the Milan Design Week held in April 2013. During the two-month production period of the prototypes, the creators of two selected entries will each be given the opportunity to have sessions with a world-famous designer acting as a ‘mentor.’
Sam Hecht (England) and Junya Ishigami (Japan) will serve as the mentors for the first LEXUS DESIGN AWARD.