CEVISAMA is to host TRANS/HITOS 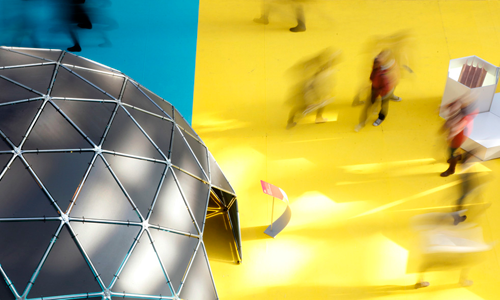 CEVISAMA is to host TRANS/HITOS 2013 with the logo “Geometries”.

CEVISAMA will again have the TRANS/HITOS exhibition facilities for 2013, which this year will bear the slogan “Geometries”, according to the Architecture and Design Area at the Castellon technology centre, which has been organising the fair since it began in 2005.

Thanks to the stimulus of the CEVISAMA organization and in collaboration with ASCER, the three facilities that make up the display will be set up at the pavilions area in Feria Valencia’s central mall from 5th to 8th February. 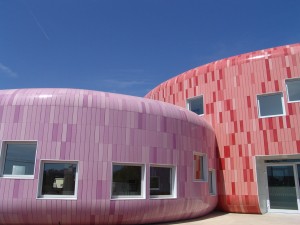 Two of them will be in the shape of a dome and they will respectively host the result of the 11th Architecture, Interior Design and PFC Ceramics Awards and the EXPOCÁTEDRA projects, from the Network of Chairs for Ceramics promoted by ASCER. The works in this exhibition will be selected by Victor Echarri, Director of the Alicante Ceramics Chair, and Ángel Benigno, a professor in this Chair.
The third facility will be a fragment of the Innovation Centre building for children, promoted by the Innovation Foundation for Children of the Valencia Region (FIICV), which is located in the Technological Park of Paterna. This Foundation is promoted by the Technological Institute of Construction (AIDICO) and the Paterna Town Council, in collaboration with the Technological Cooperation Platform for Innovation in the field of Children (PLAITEC). Several institutes in the REDIT network are participating in the project, including the ITC. It is funded by IMPIVA with the aim of acting as a forum for collaboration between different technology centres of the Valencia region to develop innovative technologies for application in a children’s environment.

The centre, a section of which will be presented at TRANS/HITOS 2013, will house a domotic kindergarten and will have facilities in which to teach the first level of infant education (0-3 years of age) and the second level (3 to 6 years). It aims to disseminate, promote and foster technological innovation and environmental awareness among children.

The 2013 ASCER Awards will have Juan Navarro Baldeweg as president of the jury, which includes the architects Francisco Aires Mateus, Luis Martínez Santa-Maria, Joseph Grima, Ramon Monfort, the designer Matali Crasset and the journalist Anatxu Zabalbeascoa. The ASCER Ceramics Awards give out total prize money of € 42,000 and are divided into three categories.
The Architecture category went to “Hostelry School in Abattoir (Medina Sidonia, Cádiz)” by the team Sol 89, whose members are Maria Gonzalez García and Juanjo López de la Cruz. In the Interior Design category, the first prize was awarded for the project “University School of Education” by Ramon Fernandez-Alonso Borrajo. Notably, the jury made an honourable mention in the Architecture category for the project “Refurbishment of the Plaza Mayor square and Cantilever Balcony over the Douro” by Churtichaga + Quadra-Salcedo Architects.
Furthermore, in the Final Degree Project category, the jury agreed to award the first prize to “Tissue Found – l’unité flottante, inhabiting Alexander” by M ª Dolores Parrilla Ayuso of the Madrid School of Architecture (ETSAM).

These awards’ displays may be seen again within TRANS/HITOS 2013, inside one of the aforementioned domes.