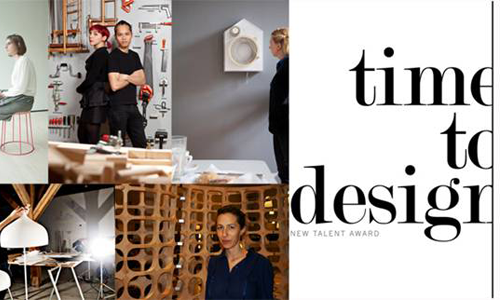 Want to exhibit your designs at Stockholm Furniture Fair in 2014?

The fair takes place February 4 – 8, 2014 and is the worlds largest meeting place for Scandinavia furniture design with exhibitors from 58 countries over the world and a total of 31,150 visitors in 2013.

ABOUT TIME TO DESIGN

Since the beginning in 2008, Time to Design has been designed to be a unique platform, which can bring young designers further in a professional career. Besides the opportunity to exhibit in Stockholm, the winner receives:

DEADLINE FOR SUBMISSIONS IS JUNE 14, 2013 VIA WWW.TIMETODESIGN.EU.

In the jury sits representatives of the partners of the award, and each year they are supplemented by three guest members of high professional competence. The guest jury is announced during the application period. The permanent members of the jury are: