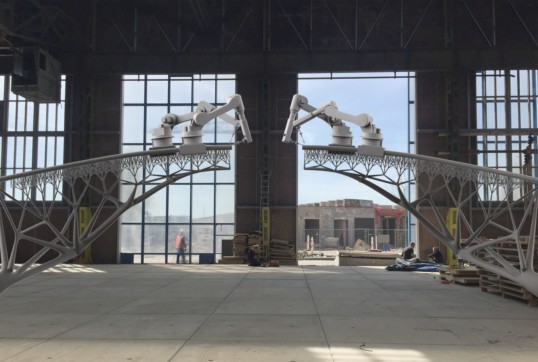 During the last decade, digitalisation has caused a radical redefinition of robotics. Nowadays, robots do not just build cars and washing machines or transport us in self-propelled trains from one airport terminal to another, but appear in a host of other forms, ranging from communicative domestic appliances, the so-called Internet of Things, to the self-learning algorithms in computer programmes, known as bots. Whereas robotics used to be the exclusive domain of engineers and IT experts, today designers are helping to shape the current boom in robotics in key ways, for it is often they who decide how and where we encounter robots, what kind of relationship we form with them, and how we interact with them – or they with us. 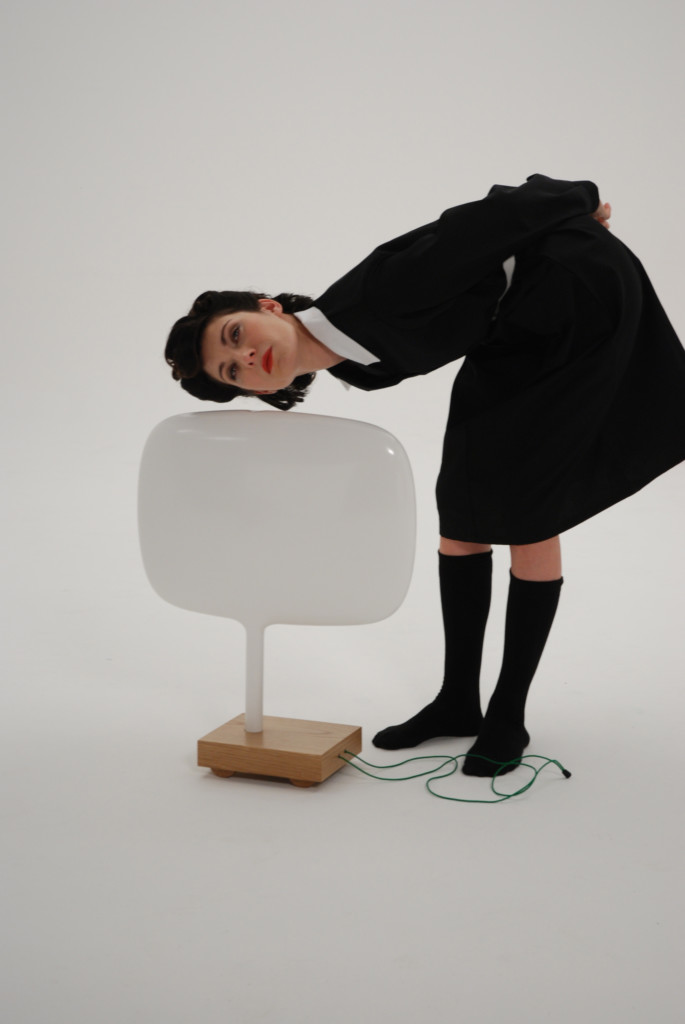 »Hello, Robot.« introduces us to robots in four steps. The first section of the exhibition traces the fascination that artificial humans have long exerted on people in the modern age and looks at how popular culture has shaped our perception of robots. The second section is devoted to the field in which robotics first made a breakthrough: industry and the world of work. Whereas robots are typically perceived in this context as a threat to jobs, »Hello, Robot.« looks at the current debate on this subject from a number of very different perspectives. The spectrum of exhibits ranges here from classic industrial robots to an installation by the group RobotLab, in which a robot produces manifestos on a production line, thus questioning where the boundary lies between work that can be automated and human creativity. 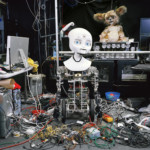 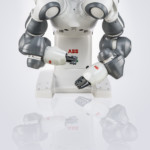 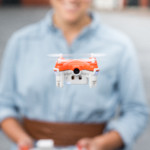 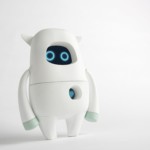 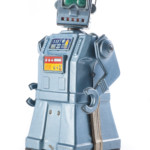 The third section of the exhibition shows how we are gradually coming face to face with the new technology – as a friend and helper in our everyday lives, in our households, in nursing care, as a digital companion, or even in cybersex. The fourth section looks at the increasing blurring of the boundaries between humans and robots – exemplified by our living in »learning« buildings, travelling through »smart cities«, or having smart sensors implanted in our bodies.

Outside the museum, the »Elytra Filament Pavilion« complements the exhibition. This bionic baldachin is an impressive example of the growing influence of robotics on architecture. The individual modules were defined by an algorithm and then produced with the help of an industrial robot. The pavilion was realised by a team from the University of Stuttgart that included Achim Menges and has already been shown at the Victoria & Albert Museum in London. 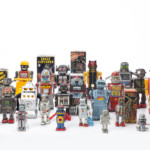 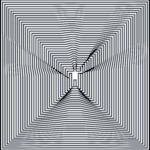 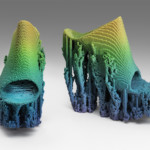 »Hello, Robot.« shows the ambivalence with which the spread of robotics has been viewed for many decades. Right from the start, the debate about artificial intelligence has oscillated between utopian and dystopian visions, between the hope of a better, technologically advanced world and the fear of disempowerment. In this context, we are once again confronted with the question of the designer’s responsibility. The controversy about the right approach to robotics is reflected in fourteen questions that guide the viewer through the exhibition as a kind of leitmotif. They invite visitors to reflect on their own attitudes to new technology and show how closely linked the opportunities and risks attendant on robotics often are. For while robotics has become more approachable, more personal, more essential even, the question remains: Does it make our world any better? An extensive programme of talks, films, performances, and workshops will accompany the exhibition and illuminate the theme of robotics from a number of different perspectives. The layout of the exhibition catalogue was programmed by an algorithm in cooperation with Double Standards, Berlin. Key visual: Christoph Niemann.

Select by Arredativo: MUST HAVE 2023