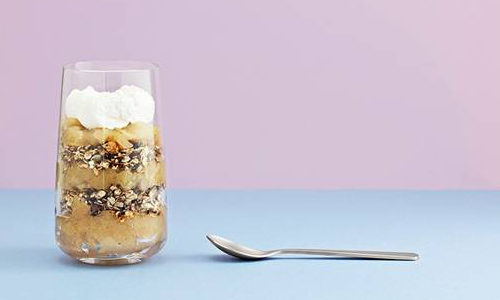 This summer, Normann Copenhagen is launching a recipe concept entitled Normann Food. Normann Food originally had its debut in the spring of 2012, where each month featured a new recipe on the company’s blog www.spottedbynormanncopenhagen.com. This year, Normann Copenhagen is repeating the success and expanding the concept.
From the 4th of July 2013, the entrance hall of the 1700 m2 Flagship Store in Copenhagen will be transformed into a three-dimensional color explosion of an exhibition cook book. In the exhibition, twelve summer recipes are aesthetically unfolded in beautifully styled large-scale food pictures that fill the walls. Alongside the pictures, you will find Normann Copenhagen’s kitchen collection exhibited in artistic installations that visually reflect the recipes. Finally, there will also be recipe cards with simpl 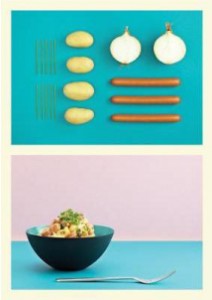 e and easy to follow instructions, and the cards are free to take home with you.
The culinary mind behind the recipes is Peter Elmegaard, Retail Director at Normann Copenhagen’s Flagship Store, and it is the company’s Brand Manager, Britt Bonnesen, who has created the exhibition and the styled the delicious pictures.
When asked about Normann Food, she explains: ”Our kitchen accessories have always been an important part of the collection, and the idea for Normann Food emerged from a desire to show the products in use and to inspire people to think creatively when serving their dishes at home. Peter has always been the company’s connoisseur when it comes to food, so when we were getting ready to execute the idea, it was the obvious choice to ask him to contribute rather than hiring a chef.” 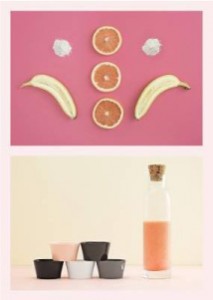 The request resulted in twelve simple recipes including hot and cold dishes both for breakfast, lunch and dinner as well as desserts and snacks. Several of them are classic Danish recipes such as apple trifle and poppy seed pastries, but there are also well-known recipes like for example pesto, tapenades, cookies and strawberry ice cream to name a few.
The recipes are especially suited for the summer season, and true to Normann Copenhagen’s colorful world, the feel is further emphasized by the fresh and bright shades used as backgrounds for the symmetrically organized ingredients and temptingly served dishes. When asking Peter Elmegaard about the recipes he explains that they are all selected based on his personal favorites. In this way, Normann Copenhagen’s personal touch and love of food is clearly evident in every part of Normann Food.
Normann Copenhagen is spreading the joy of food over the summer in the Flagship Store, online and on the company’s social media platforms. Afterwards, you’ll still be able to find all the recipes and pictures at www.normanncopenhagen.com.