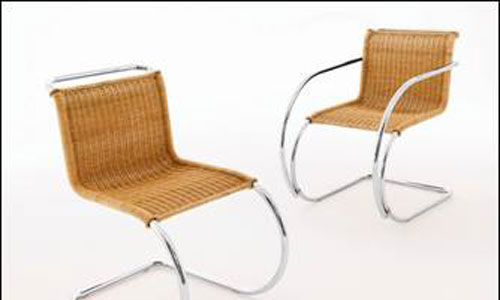 This year marks the 75th anniversary of renowned design company Knoll International. Since its creation in 1938, Knoll has been an aesthetic leader in the field of modern design and is responsible for the creation of some of the most iconic pieces of furniture in the mid-20th century. In honor of Knoll’s landmark anniversary, the company has launched “Modern Always,” an integrated communications campaign. The program not only embodies the essence of Knoll design innovation, but also pays homage to the brand’s past, present and future. 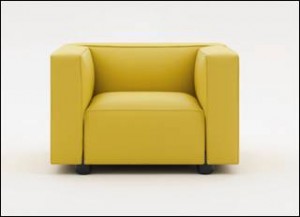 As part of the yearlong celebration, Knoll has launched a spirited new lounge collection by London-based designers, Edward Barber & Jay Osgerby, alongside a selection of recently updated classics by masters including Ludwig Mies van der Rohe, Florence Knoll and Marcel Breuer. The new furniture pieces and collections were first introduced at this year’s Salone del Mobile in honor of Knoll’s 75th anniversary.

The lounge furniture includes different sized sofas, and two complementary ottomans. Available in a range of upholstery fabrics and leathers, the lounge furniture is distinguished by stitched seams that reinforce its architectural profile, softened by the curvature of cushions on each face. Each piece sits on distinctive cast aluminium feet that slide neatly between its upholstered elements. The feet can be specified in chrome and various lacquered colours to serve as a contrasting highlight.

“Given a sofa’s scale and prominence in a room, we felt that the pieces should be formally balanced and calm, expressing their character through detail”, Barber and Osgerby say. “The design concentrates on comfort, proportion and the foot detail which visually connects the sections.” Occasional tables and a stool foil the casual aesthetic of the soft seating. A robust cast aluminium base supports both round tabletops or the round wooden seat of the stool. The geometric, elementary framework of the base is an interpretation of the familiar tripod structure; its tripod legs visually contained by two rings.
The Sofa Collection is now available in Europe; the stool and occasional tables will be available later this year. In keeping with the trend of lower sofas/couches, Knoll has modified the height of its classic Florence Knoll Coffee Tables from 42cm to 35cm. As always, the table tops are available in a wide range of marbles and wood; as well as glass.

Knoll is now offering its iconic Wassily Chair in natural canvas. Produced to designer, Marcel Breuer’s original specifications, the KnollStudio logo, as well as the signature logo of Marcel Breuer are stamped into the base of the chairs. 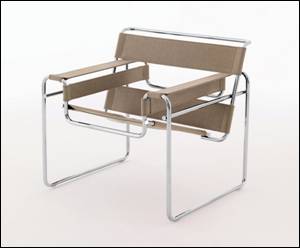 Knoll is also reintroducing its MR Side Chair in Rattan, which was designed by Ludwig Mies van der Rohe. This is the first time in 12 years that this chair is being produced with Rattan upholstery.

For 75 years Knoll has remained true to the Bauhaus design philosophy that modern furniture should complement architectural space, not compete with it. To this end, the company’s Salone exhibition presented ideas and themes that reflected its rich design heritage of furniture, textiles and accessories with work grounded in clarity of form and honesty in materials.

Landmark collaborations with architects and designers resulting in such iconic work as Dining Tables and the Tulip Collection by Eero Saarinen; the Barcelona® Collection by Ludwig Mies van der Rohe; the Bertoia Collection by Harry Bertoia; and the Wassily Chair by Marcel Breuer reminded Salone visitors of the contemporaneity and accessibility of Knoll’s rich heritage